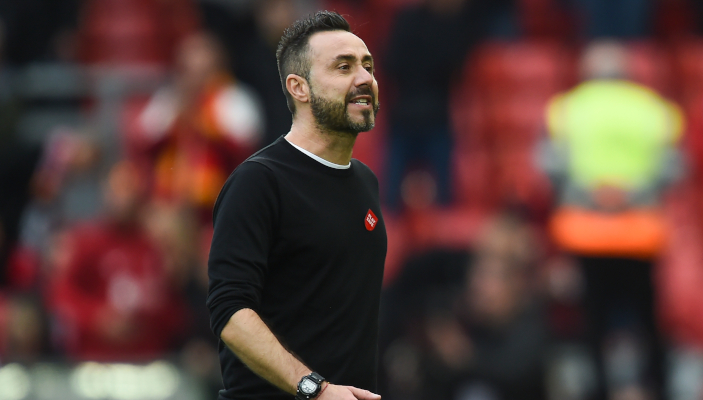 The Stadio Dall’Ara side had attracted a great deal of criticism for sacking Sinisa Mihajlovic on September 6, ending his 131 games at the helm, during which he had two hospital stays for leukaemia treatment.

It took a week to find a new coach and Thiago Motta has since turned things around with four wins, a draw and four defeats in Serie A.

However, Di Vaio confirms that there was very nearly a different approach for the Rossoblu.

“We exchanged ideas with them too, but only after firing Mihajlovic. Our experience with Sinisa was important and we decided to interrupt our rapport with him before contacting anyone else.

“After discussing it with the other alternatives for a week, we chose Thiago.”

It had been reported that De Zerbi was approached by Bologna, but turned down the club because he thought it disrespectful to take over from Mihajlovic.

Instead, former Sassuolo and Shakhtar Donetsk boss De Zerbi was hired by Brighton and Hove Albion in the Premier League on September 18, approximately a week after Bologna appointed Thiago Motta.