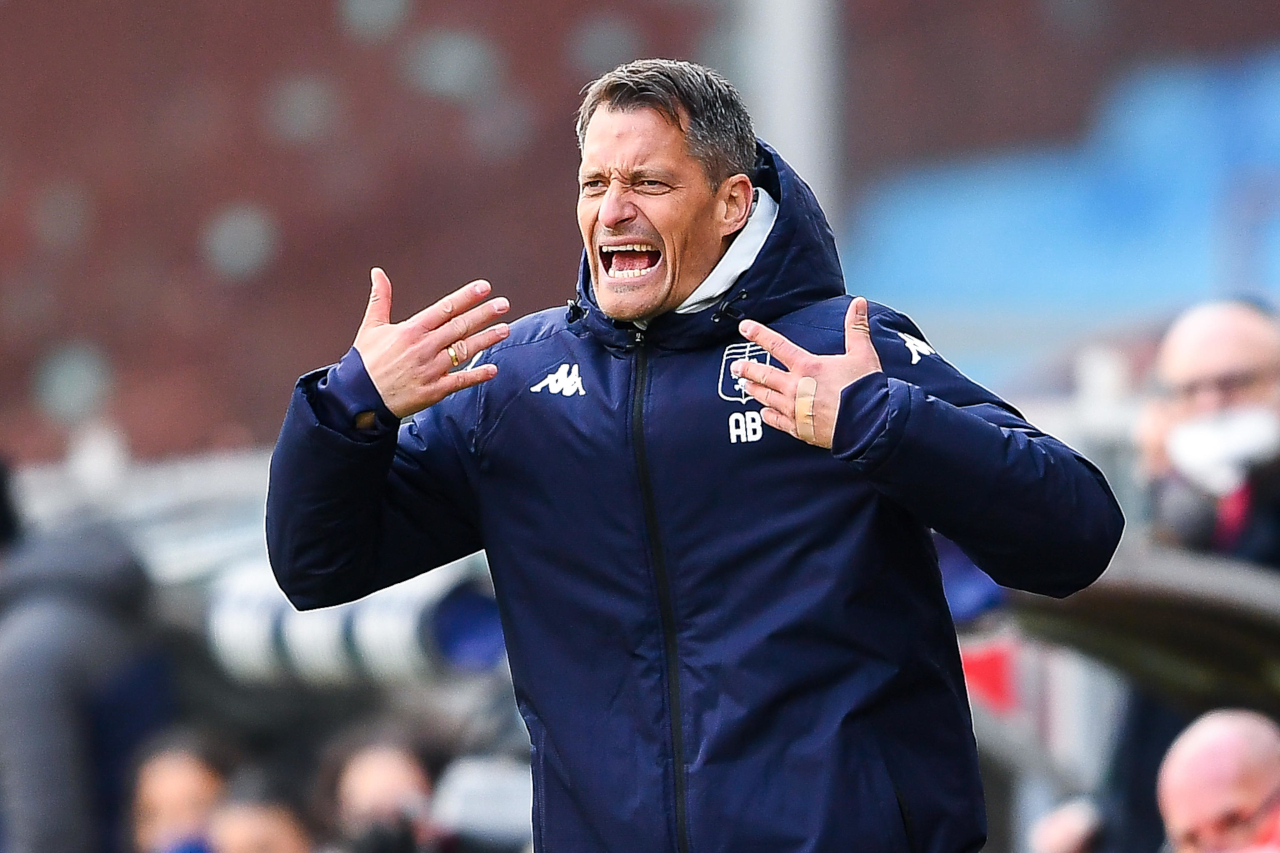 Genoa coach Alexander Blessin ‘feels 30 years older’ after the incredible comeback win over Juventus and admits you ‘can’t write this screenplay’ with the Domenico Criscito penalty.

It was a remarkable game at the Stadio Luigi Ferraris, Paulo Dybala putting Juve in front at the dawn of the second half and then hitting the woodwork, while a penalty was awarded to Juve and then revoked following a VAR on-field review.

“We started not good, the first 20 minutes we dropped too deep, we got better, but we needed the players to believe. We made changes, I wanted more of a box-to-box player with deep movements.

“After three minutes of the second half, you concede this goal and you think oh f***. You made a mistake. At this moment you have real problems, think ok, perhaps it wasn’t the best decision, but the players believe in the way we play and showed a great mentality.”

The extraordinary turnaround was enacted by Albert Gudmundsson and above all Criscito converting a last-gasp penalty, just days after the same Genoa legend saw his spot-kick saved in a 1-0 defeat to Sampdoria.

“The last 15 minutes was really unbelievable. You cannot write this screenplay, when you think we equalised 1-1, they had a big chance with Kean, we got the penalty. This is football, full of emotions.

“You see last week Mimmo not scoring the penalty, now he has the responsibility and it is unbelievable how much pressure is on his shoulders at this moment. Winning this game, you cannot say it’s not deserved. We tried everything, showed a really great mentality.

“For sure, we are still in this position, but we are close to the other teams and we are back on track.”

Criscito was utterly distraught after last week’s penalty save against Sampdoria, so how did Blessin help him through the week?

“You saw this week his training, his performance. I talked to him, told him head up, the next chance will come. Usually when you talk to the players, they don’t believe you, but I felt the sensation we can still reach this. He has this experience, this really great left foot and it was nice to see his performance today after last week.

“This is why we love football! Mind you, I feel 30 years older now…”

Tears are flowing in Genoa! 🥹

He missed a stoppage-time penalty at the weekend, but this time Domenico Criscito makes no mistake.

Two goals in the final few minutes to defeat Juventus and remain with a chance of survival. pic.twitter.com/3Ulp5lFbmy