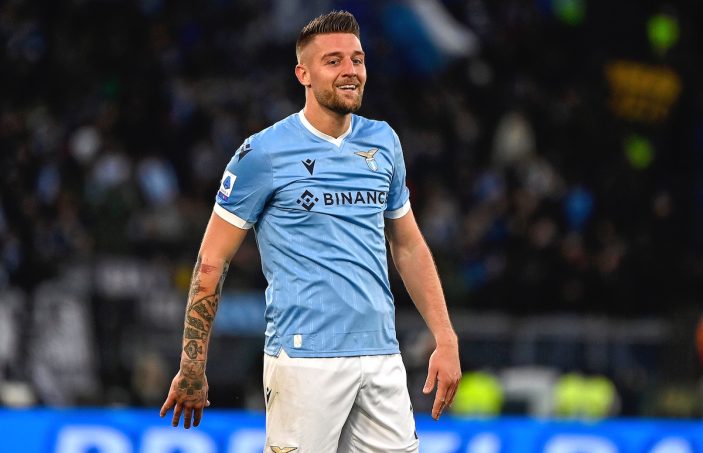 Sergej Milinkovic-Savic could leave Lazio for €70m in the summer, but President Claudio Lotito hopes for a bidding war involving clubs interested, including Juventus and Manchester United.

Milinkovic-Savic is the best midfielder in Serie A this season, thanks to his ten assists and nine goals in 33 league games. No other midfielder has contributed to more goals this term. His agent Mateja Kezman, a former Chelsea striker, was at the Stadio Olimpico on Sunday and according to Il Messaggero, he has informed the club about offers worth €65m for the 27-year-old.

According to Italian transfer expert Alfredo Pedullà, Lazio’s minimum asking price is €70m. Juventus and Manchester United are among the clubs interested in the Serbia international, but PSG are also believed in the race to sign him.

As per La Gazzetta dello Sport, Lotito sees a bidding war on the horizon and hopes that clubs interested in his star would pay up to €100m to secure his services in the summer.

Maurizio Sarri is resigned to losing the talented midfielder and has targeted his former player Allan (now at Everton) as the No.1 target to replace Milinkovic-Savic.