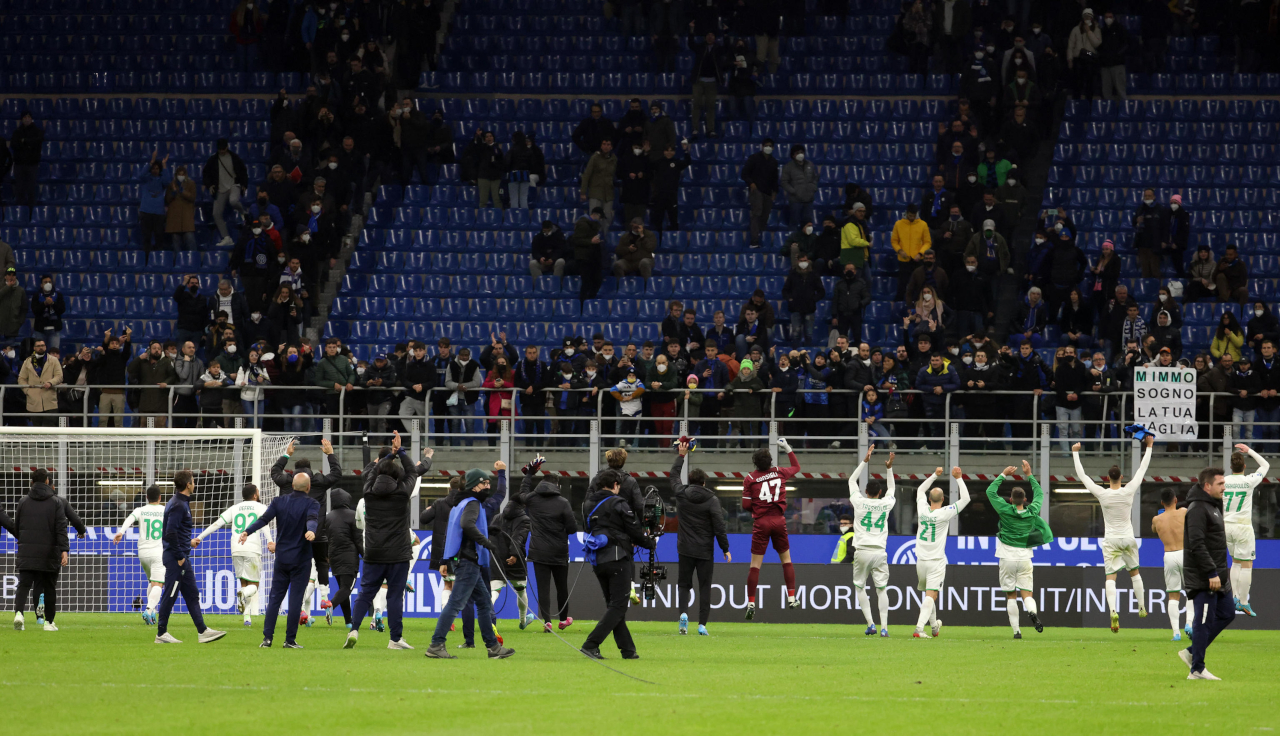 Domenico Berardi believes Sassuolo’s giant-killing exploits against Inter prove he, Gianluca Scamacca and Giacomo Raspadori are all ‘ready for the step up’ to a big club.

The Neroverdi won 2-0 at San Siro this evening with goals from Scamacca and Raspadori, following Serie A away victories at Milan and Juventus too this season.

Berardi is now considered the veteran of Sassuolo, so how does he feel working with these very young players?

“They all listen to advice and give their contribution,” the forward told DAZN.

“We won with a clean sheet and that means we played really well defensively as well as in attack.”

Raspadori has been linked with Juventus and Milan, while Scamacca is a known target for Inter next season.

“Both are great players and they are ready to make the step up. They prove that game after game and must keep doing it, including in training sessions.”

Berardi had wanted to leave Sassuolo last summer, with Fiorentina in advanced talks, but nobody met the asking price.

He famously turned down Juventus because he did not feel ready, but times have changed.

“I have grown so much over the years. Obviously, I won’t hide my ambition to play big games in big stadiums, but it all goes through what I do here at Sassuolo first. I can improve in many ways and have to keep working like this.”

6 Comments on “Berardi: ‘Scamacca, Raspadori and I all ready for big clubs’”