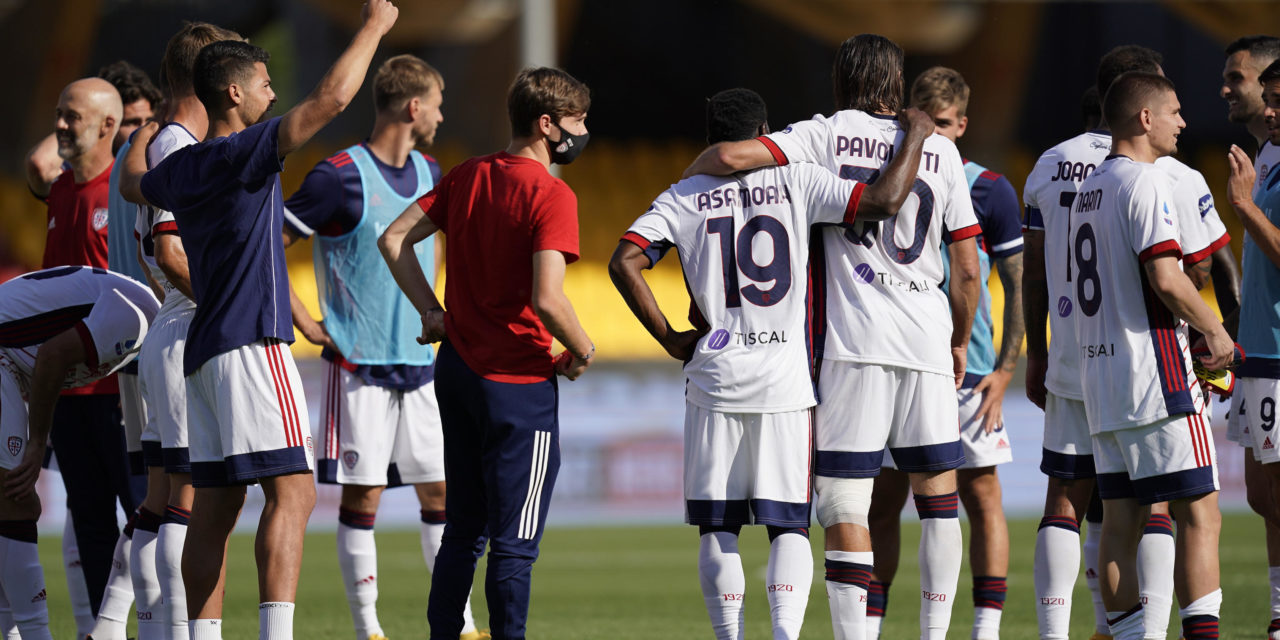 Cagliari take a potentially decisive step towards safety and pushing Benevento back down to Serie B with this victory at the Stadio Vigorito.

This was a potentially decisive fixture in the race to avoid the drop, as Le Streghe were in the bottom three, just one point behind the Sardinians.

Marco Sau, Daam Foulon and Gabriele Moncini missed out for Pippo Inzaghi’s side, while Marko Rog, Riccardo Sottil and Pedro Pereira were injured.

It took under a minute for Cagliari to take the lead, as a corner was taken short and Charalampos Lykogiannis curled a stunner into the far top corner from the edge of the box.

Leonardo Pavoletti threatened another, his header on a corner landing on the roof of the net, while Federico Barba tested Alessio Cragno.

Benevento equalised when Luca Ceppitelli gave it away cheaply playing out from the back, so Gianluca Caprari sent Gianluca Lapadula through to dink it over the on-rushing goalkeeper. No fans were allowed inside the stadium, but they did set off fireworks outside it.

Le Streghe grew in confidence after that early shock, Lapadula’s slide-rule pass sending Caprari down the left, his angled drive parried at the back post.

Cragno slapped a Pasquale Schiattarella header out from under the bar, then had to parry Caprari’s header at the back post.

Cagliari were struggling, so changed to four at the back in the second half. It became a more even affair and the Sardinians restored their lead when Pavoletti was allowed a free header at the far post on the Nahitan Nandez cross.

Benevento were awarded a penalty at the 85th minute when Nicolas Viola went over a Kwadwo Asamoah challenge, but after a VAR review, the referee changed his mind, as the midfielder had gone looking for the contact.

Instead, Cagliari sealed it in stoppages, as Nandez sprinted all the way up the right flank to the by-line and pulled back for a simple Joao Pedro finish from six yards.