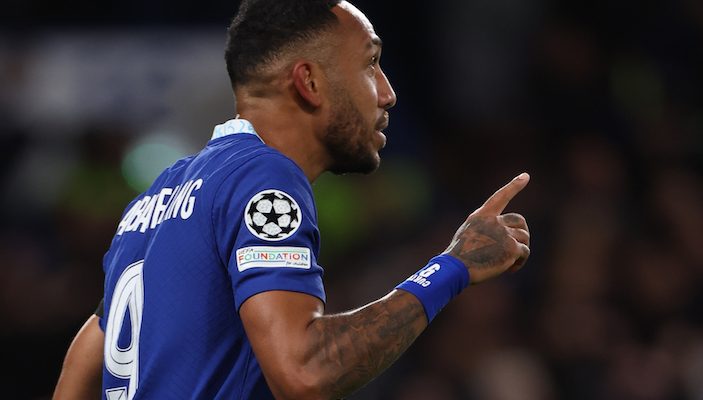 Pierre-Emerick Aubameyang was all smiles after Chelsea’s key Champions League win over Milan last night, happy to pick up a win over his former club.

The Gabonese forward joined the Rossoneri’s youth academy in January 2007 and spent four years tied to the club before leaving for Saint-Etienne in a permanent deal in 2011, although he never made a first team appearance for the club. Aubameyang scored the second goal in Chelsea’s important 3-0 win over Milan last night, finally securing some points for the Blues.

Speaking via TMW, Aubameyang first discussed how it felt to face Milan again.

“It was really special against my former team, I’m very happy. We needed a reaction, especially in front of our fans and we’re happy with the three points.

“For me it was great, I’ve wanted to play against Milan for a long time and yesterday it finally happened. It’s always a pleasure and I’m really very happy.”

He touched on his impression of Milan star Rafael Leao.

“He’s an incredible player, really impressive. He’s very fast, powerful, he can make the difference at any time. Nothing else to say except that he is incredible.”

The Gabonese forward also gave his impression of the Rossoneri as a whole.

“A difficult team to play against, they play really good football. To tell the truth I didn’t expect them to be so strong, but I think we had the right intensity to beat them yesterday.”

He spoke highly about teammate Reece James, who also found the back of the net against Milan.

“For me he is the best fullback in the world at the moment. He’s doing a great job, he had a goal and an assist.”

Finally, Aubameyang underlined his happiness at Chelsea and how he feels at the club.