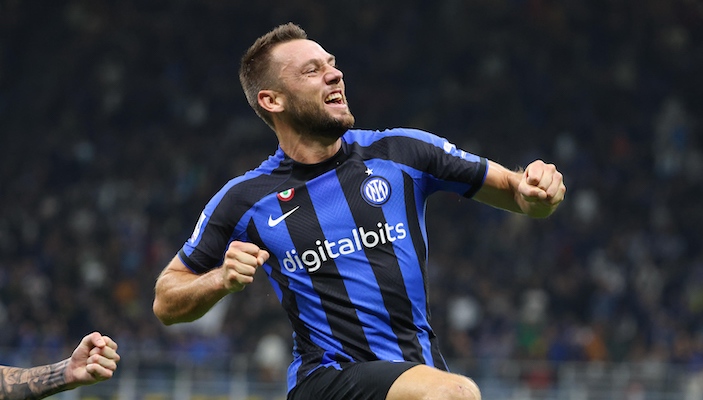 The centre-back is under contract only until the end of the current campaign and has been offered a new deal to remain at San Siro on a lower salary.

It’s believed the proposal is at €3.5m per season for two years with an option for a third, whereas De Vrij wants to remain at his current wages of €4.2m.

According to FCInterNews.it, should there not be an agreement, then De Vrij has interest from abroad to continue his career, especially if he lets the deal run down to become a free agent in June.

Atletico Madrid, Aston Villa and Leicester City are reported to have contacted agent Federico Pastorello to ask for information on the situation.

De Vrij joined Inter as a free agent from Lazio in 2018.