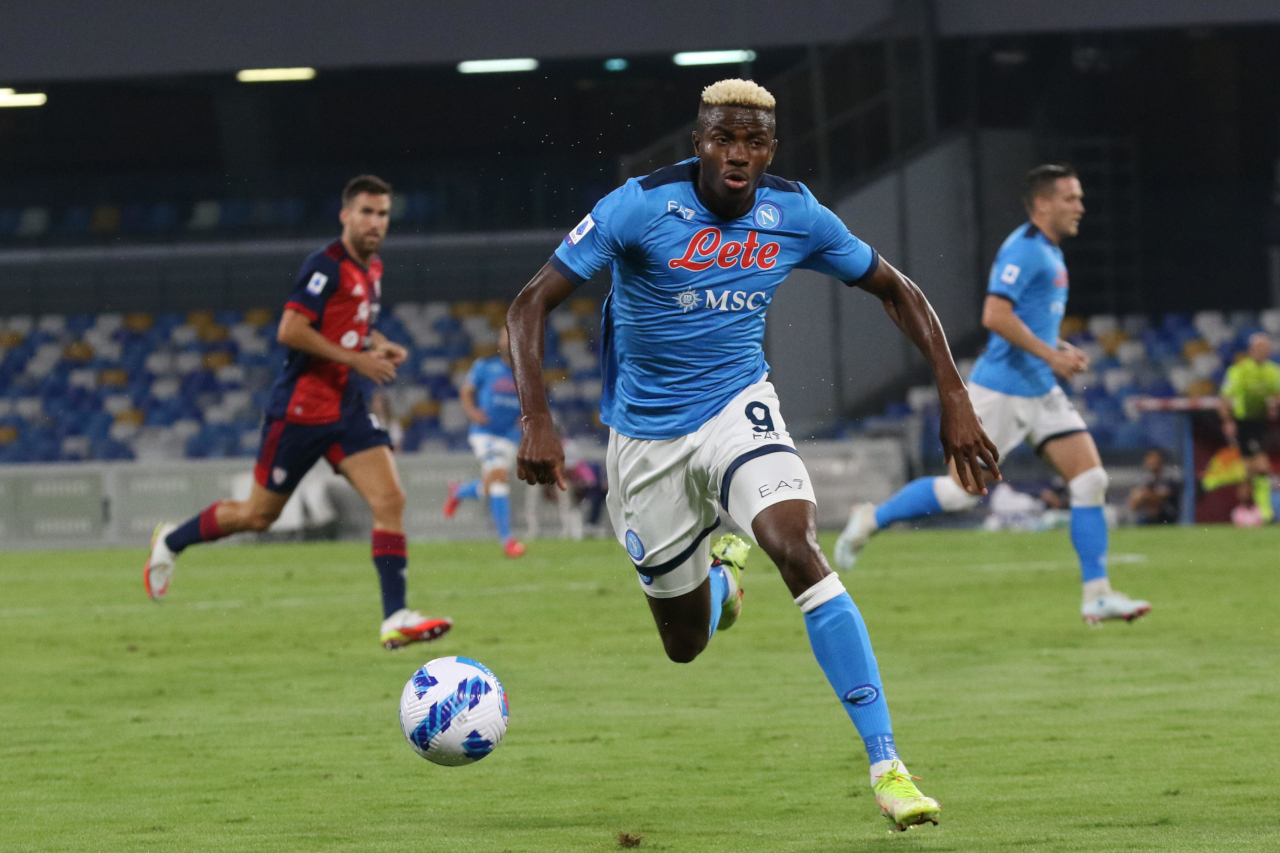 Napoli striker Victor Osimhen has become a €70m target for Arsenal and Newcastle United, claims the Gazzetta dello Sport, who missed out on Dusan Vlahovic when the Fiorentina striker agreed a deal with Juventus.

Newcastle are flush with cash under new ownership from the PIF, the Saudi Arabia investment fund, but are also lacking much appeal because they risk relegation from the Premier League.

Similarly, Arsenal are in dire need of a striker and look like missing out on Champions League qualification again.

Nonetheless, they were both prepared to pay the €75m asking price for Fiorentina striker Vlahovic, only for the Serbian to insist on Juventus instead.

The English clubs could still turn to Serie A for a new centre-forward, as the Gazzetta dello Sport suggests Newcastle United are targeting Osimhen.

Napoli paid €80m to sign the Nigeria international from Lille in 2020, although that transfer is the subject of an investigation into inflated fees over youth team players in part-exchange.

The 23-year-old is extremely quick and has already scored nine goals in 16 competitive games for Napoli this season.

He has been beset by injury problems, including multiple facial fractures after a clash of heads against Inter, while he contracted COVID-19 twice, the latest forcing him to miss the Africa Cup of Nations.

According to the Gazzetta, Napoli President Aurelio De Laurentiis would be prepared to sell for at least €70m.