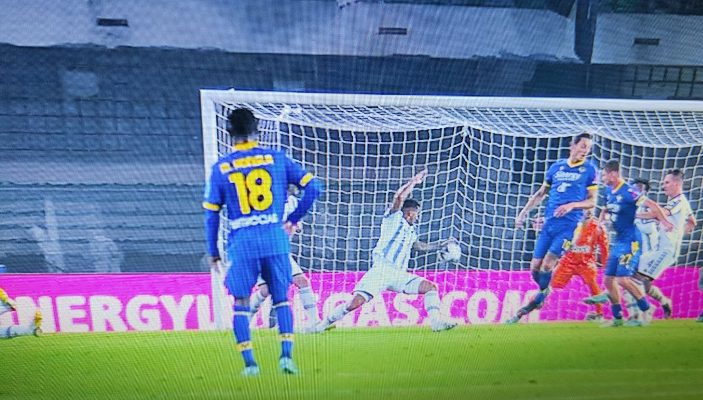 Another former referee, now a media analyst, has declared VAR was right not to award a penalty to Verona for Juventus defender Danilo’s handball.

The incident has continued to cause a great deal of controversy and debate raged on social media as well as in television studios in Italy.

The ball struck Danilo on the hand from close range when Pawel Dawidowicz redirected the initial Miguel Veloso volley.

VAR officials decided not to recommend an on-field review and there was no penalty.

After Gianpaolo Calvarese for Sky Sport Italia and Luca Marelli for DAZN, another refereeing pundit – and former official – has explained the situation.

“A still image suggests Danilo’s arm is raised and it is a penalty,” said Tiziano Pieri on RAI Sport.

“However, we need to see the dynamics of the whole incident. The rules state that if a player is already falling down and his arm is out to shield his fall, it is not punishable.

“In this situation, Dawidowicz hits the ball very hard and there is no time to react. The VAR officials, Guida and Nasca, decided that this movement was congruous and that the arm was ready to cushion his fall rather than moving towards the ball.”

Most of the clips that are circulating online show only Danilo connecting with the Dawidowicz shot, but not that he was initially reacting to the Veloso effort, which had effectively already gone past him.

The entire dynamic of the incident has to therefore be analysed, so Danilo was reacting to the Veloso attempt rather than Dawidowicz.

4 Comments on “Another refereeing pundit: ‘Danilo handball not a penalty in Verona-Juventus’”