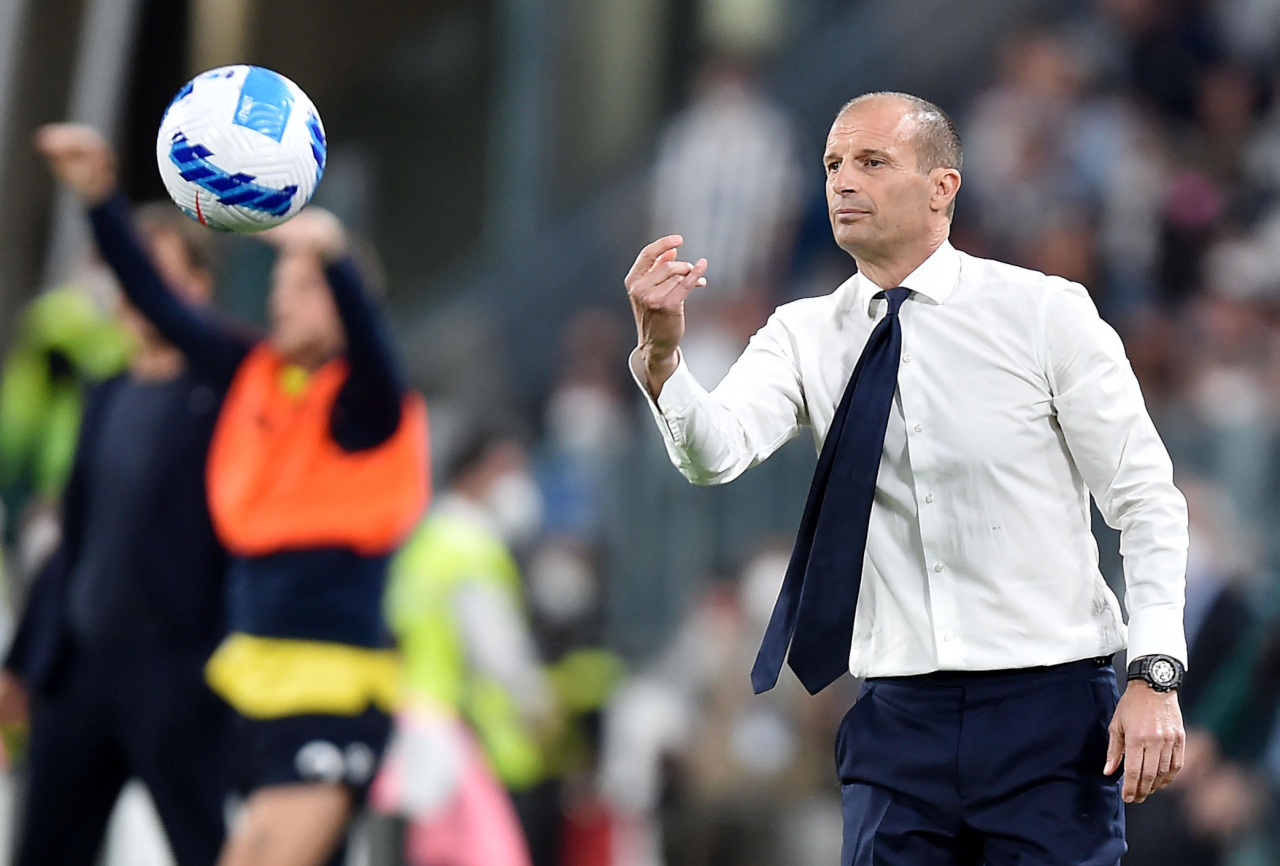 Max Allegri sees the Juventus ‘glass half-full’ after a 1-1 draw against nine-man Bologna. ‘It was a bad first half, this is the kind of match we would’ve lost at the start of the season.’

The Bianconeri scraped a point deep into stoppages against nine men, as Marko Arnautovic had given Bologna a deserved lead.

Only after that did Juve start to create genuine chances and on one of them Alvaro Morata was brought down on the edge of the box by Adama Soumaoro for a straight red card.

The decision infuriated everyone, as Juve thought the contact was inside the area, while Bologna saw Gary Medel sent off for dissent.

“We are well aware that in order to finish in the top four, we have to take it one small step at a time. Fortunately, we were able to get a point out of a situation that had become very complicated,” Allegri told DAZN.

“It was a bad first half, then after going 1-0 down we hit the woodwork and had lots of shots on goal. We always seem to concede lately, so we need to improve on that and be more relaxed.”

However, the coach insisted on seeing the bright side of the situation.

“This is the kind of match we would’ve lost at the start of this season, so let’s see the glass as half-full. We absolutely need to do better, but we mustn’t get depressed either. The sides behind us are moving fast, Fiorentina have a favourable fixture list, there’s Lazio and Roma too, we have to keep working.”

Matthijs de Ligt went off seemingly with an injury, but Allegri revealed it was simply ‘a small intestinal problem.’

“We lacked width in the first half, then I moved Juan Cuadrado wider to create one-on-one situations. I introduced fresh legs after their goal and we had a good reaction, but weren’t clear-headed enough.”

Allegri was heard on the touchline when 1-0 down shouting at his players to calm down, as there was plenty of time to turn it around.

“We must realise games are very long and there’s always time to win. We mustn’t let ourselves get frenetic or panicked. A win today doesn’t guarantee fourth place, we need to get back to defending with more calm.”

Dušan Vlahović rescues a point for Juventus at the death!

A brilliant/lucky assist from Álvaro Morata as he went for the overhead kick 😱 pic.twitter.com/QQFgomR6fJ