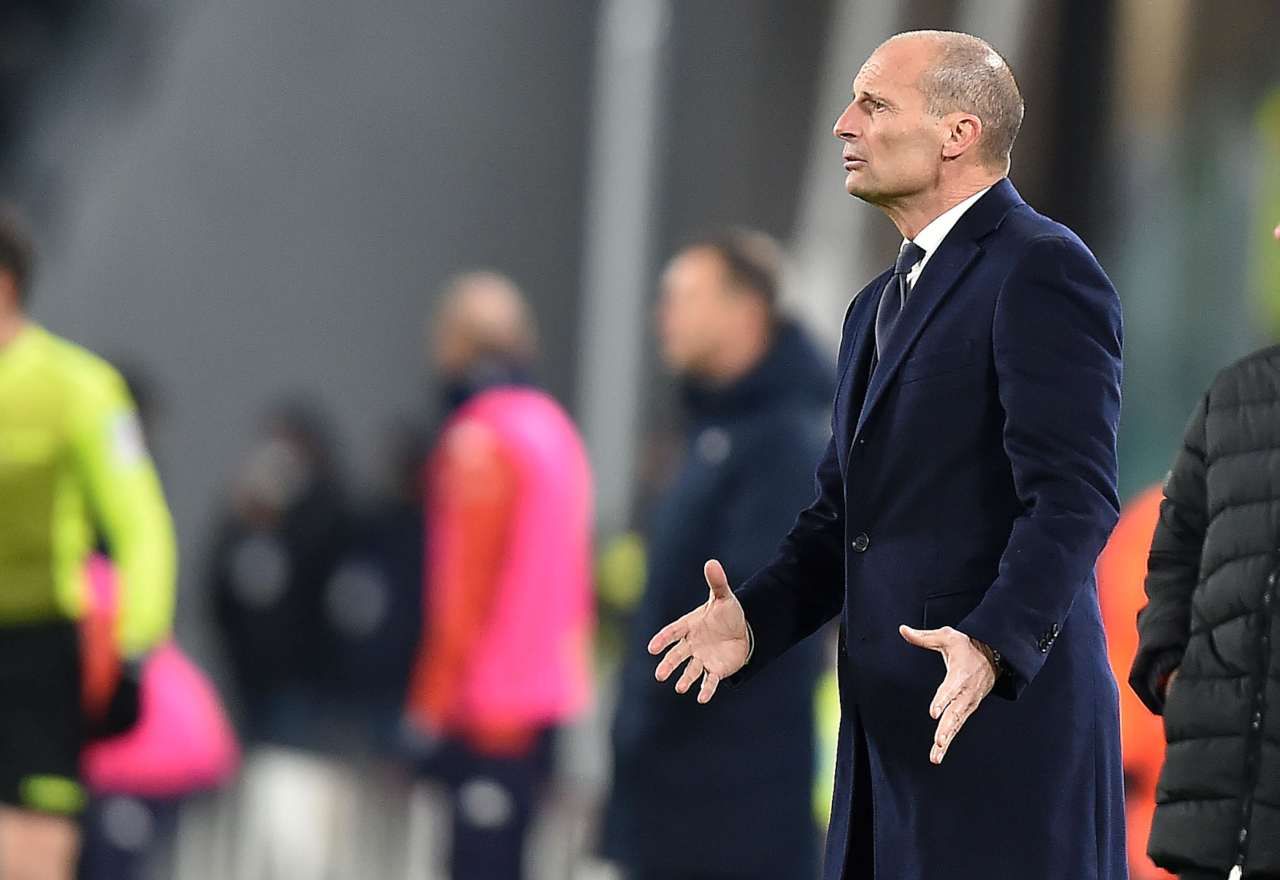 Juventus boss Massimiliano Allegri reveals Leonardo Bonucci will return after the break due to a muscle injury and hints that Arthur could remain at the club in January.

The Bianconeri return to the pitch tomorrow against Udinese. They lost the Supercoppa Italiana against Inter on Wednesday.

“Tomorrow’s game will be very different from the one we played against Inter,  Allegri said at a press conference.

“We’ll need patience, we’ll need to be accurate technically, trying to improve the results we have achieved so far against medium-small clubs.

“Big games are always different from others,” the coach continued.

“We need to do something different in games against the so-called smaller clubs. We were not the favourites against Inter, somebody had even predicted a big defeat for us.

“We should have done better in the decisive moment of the game, so after we took the lead. The team did well against a great Inter side, we are sorry for the defeat, but it doesn’t change my judgement on the team.”

Allegri went on to say that “there will be changes tomorrow as we played 120 minutes two days ago.

“Luckily, everyone feels quite well except Danilo and [Leonardo] Bonucci who had a muscle problem and will return after the break.

“[Luca] Pellegrini is feeling ok and could start, Juan  Cuadrado returns after a suspension. De Sciglio played a good game against Inter, same as Alex Sandro. It’s a pity for that defensive mistake because he had played well defensively. It can happen.

“Wojciech Szczesny will start and I have a doubt on [Federico] Bernardeschi or [Dejan] Kulusevski. Substitutions will be important. De Ligt and Rugani will play at centre-back.”

Leonardo Bonucci was involved in a touchline row with an Inter staff member, while Allegri was suspended last week after insulting the referee in the match against Napoli. Are Juventus too nervous right now?

“I’ve only been banned twice in my career,” Allegri said smiling.

“As for Leo, he will pay the fine, Juventus have always behaved respectfully towards referees. Doveri’s performance was excellent against Inter.”

Arsenal are in talks to loan Arthur from the Bianconeri. Is Allegri open to letting him go, or will the Brazilian stay at the club in January?

“I don’t want to repeat myself. We have to get to the end of the season with t these players in the best possible way. This means trying to reach the top four and go ahead in the Champions League and Coppa Italia,” Allegri said.

According to reports in Italy, the Brazilian could let Arthur join Arsenal on loan in January, but need to find a replacement first.

The Gunners are open to paying Arthur’s salary until the end of the season.

Allegri also commented on Paulo Dybala’s future at the club.

Allegri will take charge of his 300th game at Juventus tomorrow, what’s his favourite one?

“I didn’t even know that. I think the game against Real Madrid [in 2018] even if we were eliminated.

“There have been other extraordinary games, the one in  Munich or against Tottenham in London. Hopefully, I can celebrate with a good result tomorrow.”