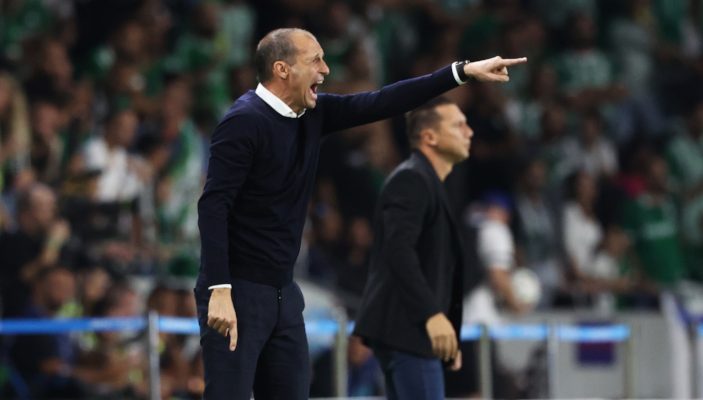 Max Allegri maintains Juventus do not have a ‘technical or tactical issue, this team lacks heart and passion.’ They’re going into a training retreat, but the coach ‘never’ considered handing in his resignation.

This was a must-win game for the Bianconeri, but instead it was probably their worst performance of the season so far.

There was no sense of urgency, no quality, no tactical intelligence and no organisation on show, as they let in crosses repeatedly even before the opening goal.

Nonetheless, President Andrea Agnelli went on Sky Sport Italia after the match to reassure that Allegri will remain the coach, despite the growing calls for him to be sacked.

“It is difficult to explain, we can only be silent, because it was not a good performance in terms of character,” Allegri told Sky Sport Italia.

“We must emerge from this situation and keep quiet. Tomorrow we return to Turin and we’ll remain at the Continassa training ground until the derby.

“It’s not a technical or tactical issue, this team lacks heart and passion. We play too much as individuals, we need to get back to being a team.”

Agnelli also said that Juventus should feel ‘ashamed’ of this performance in Haifa.

“He’s right, it was our worst first half. Every now and then it helps to go into a training retreat, we have more time to work. It’s not right to play like this.”

Agnelli was asked if he had ever considered handing in his resignation at Juventus.

“No, when a challenge becomes difficult, it is even more exciting. We’ve got to emerge from this with courage and hunger.”