Allegri: ‘Juventus need a lot of work on Rabiot’ 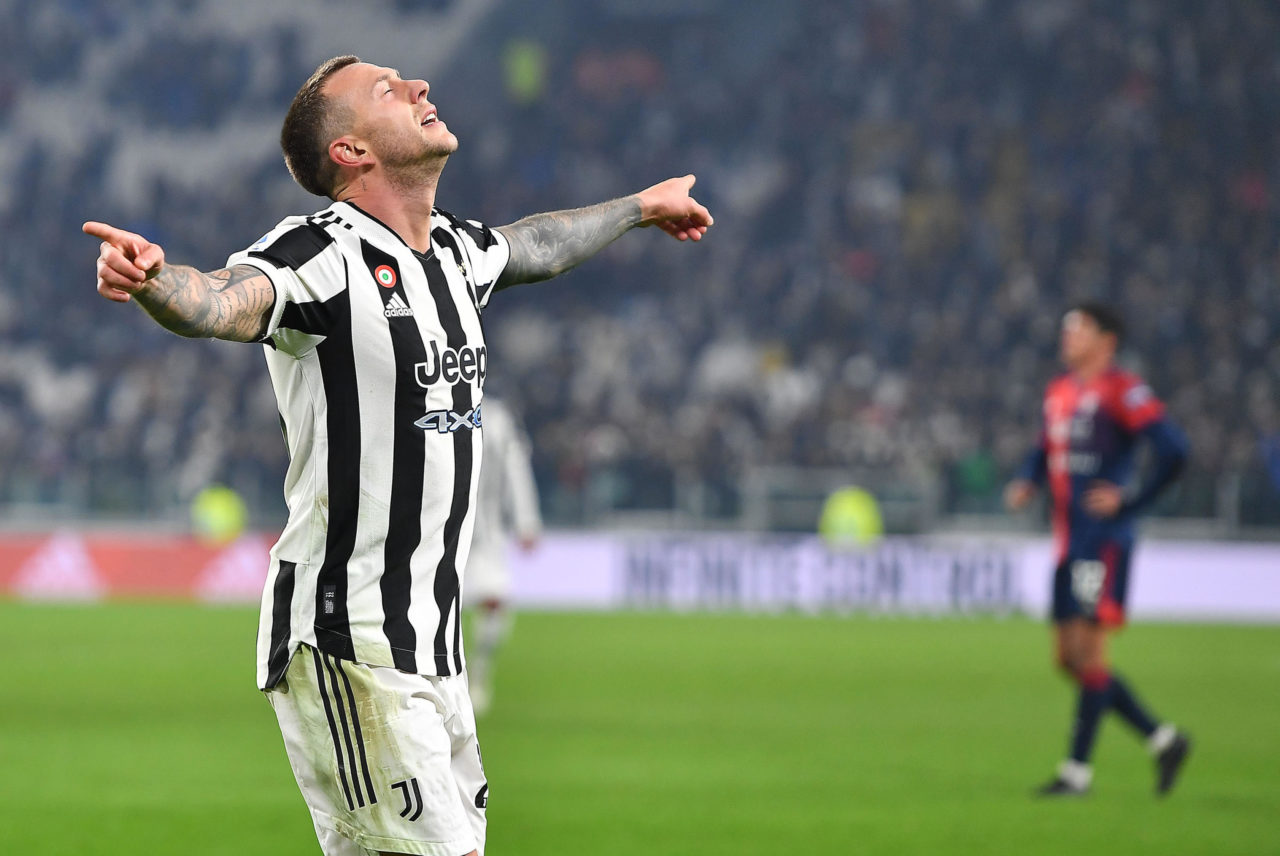 Max Allegri admits Juventus must do ‘a great deal of work’ with Adrien Rabiot, but after the 2-0 win over Cagliari, he’d be ‘very happy’ to still be four points off fourth place come February.

It was again not the most thrilling performance, and Wojciech Szczesny needed a great fingertip save on Joao Pedro’s header, but Moise Kean and Federico Bernardeschi got the goals for a 2-0 victory.

This was Bernardeschi’s first goal in 43 Serie A games, going back to July 2020, and he received a standing ovation from the crowd at the Allianz Juventus Stadium in Turin.

Allegri was asked about the shift moving Kean to centre-forward and Alvaro Morata in the wider role during the first half.

“Morata was getting irritable, he wasn’t attacking the space or moving, so I preferred to move Kean into a centre-forward role. Morata then relaxed, had a bit more space when starting from wide and it worked well,” Allegri told DAZN.

Juve continue to struggle contributing goals from their midfielders and the coach pin-pointed the on-going issues with France international Rabiot.

“I think Adrien can really do damage with his shot from distance, but perhaps it’s because he plays internationally for France in a two-man midfield, he just doesn’t make the right movements or has the right timing to get the shot away.

“He didn’t read the game well at all today and we have to do a great deal of work with him. I asked the lads to try shooting from distance today and Bernardeschi had a couple before finding the net.”

Juventus have rediscovered their results recently and with Atalanta’s slowdown, they are now just four points off fourth place.

“I would be happy to reach the end of February with this gap so we can challenge for the top four. I would be very pleased with that situation,” continued Allegri.

Bianconeri CEO Maurizio Arrivabene said before kick-off about Paulo Dybala and Matthijs de Ligt that nowadays players have more loyalty towards their agents than the club colours.

“I have nothing to say. De Ligt had a very good game today, Leo is transmitting the Juventus values to him. Paulo is a great player, we’re waiting for him to get to full fitness,” added Allegri.

“The important thing will be having everyone in good shape for January and February.”

That is superb technique from Federico Bernardeschi!

He finds the bottom corner with a perfect strike to double Juve’s lead 🤌 pic.twitter.com/nwyk1n8UK5