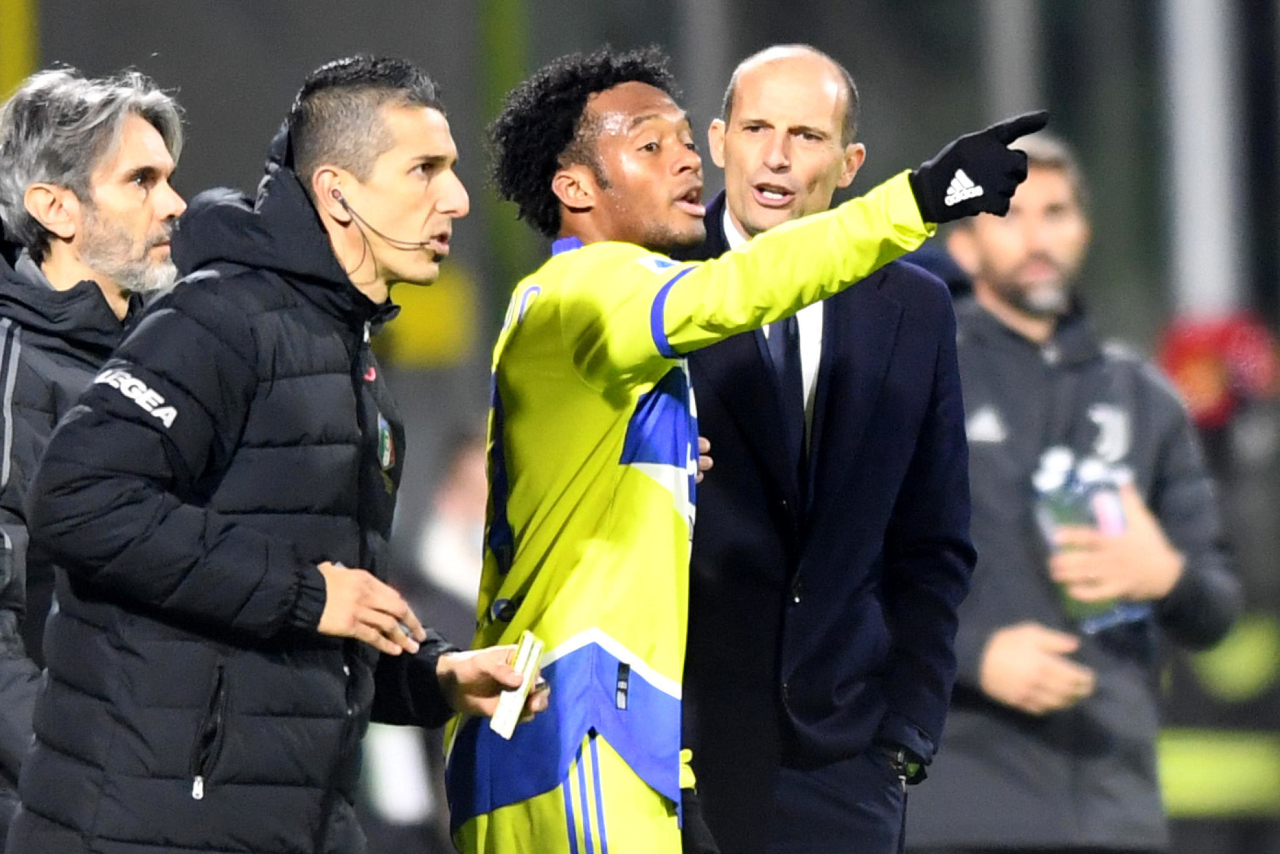 Max Allegri confirms he told Juventus players it was ‘time to give back’ to the club and reiterates there will be ‘ups and downs’ with a relatively young and inexperienced squad. ‘I accepted this challenge knowing it was difficult.’

The Bianconeri got back on track with a 2-0 victory away to Salernitana this evening, after defeats to Chelsea and Atalanta, with Paulo Dybala and Alvaro Morata on target.

They also received a penalty in stoppages, which Dybala ballooned over the bar after slipping on the spot.

“I think the lads put in a good performance tonight. It wasn’t easy against Salernitana in front of their fans and we ran a few risks in the second half with crosses into the box,” Allegri told DAZN.

Captain Giorgio Chiellini explained that he was very moved by Allegri’s pre-match team talk, which the coach confirmed.

“It hasn’t been an easy time, we lost to Atalanta and could’ve scored more goals this evening. I said Juventus have given us so much and it is time we have a sense of responsibility and give back to this club. We need to focus, because we’ve failed too many times against the smaller clubs this season.

“I told the lads, we had a lot of young players on the field today, so in these moments, they can suffer under the pressure. Fortunately, they held out well.

“We’re trailing in the league at the moment because we dropped points too many times. These players have talent, but let’s not forget that only with experience, by making mistakes and learning from them, understanding when it’s time to attack or defend, that is how they develop.

“Dejan Kulusevski is only 21 years old, he can only improve with the help of the more experienced players around him. When the results go our way, that process is accelerated.

“The best thing at these moments is to simplify. We tried the passing moves in training yesterday and today I focused more on the mentality. The words Chiellini said are what I said to the team. We are the ones who now must give back to Juventus, the players, coach, the fans, everyone.”

Juventus are struggling off the field too, with the offices raided as part of an investigation into inflated transfer fees, which could prove very costly indeed. Allegri was asked if he still recognised the same club that he left two years ago?

“The President spoke, we need to do our work on the pitch and do it as well as possible. I don’t know what happened over the last two years, I just know that the President asked me to be part of Juventus again, to be part of a new project with less experience than the side I left.

“Naturally, we’re going to have ups and downs. I am still getting to know the players, they are getting to know me, and we play every three days. We achieved the first target by progressing in the Champions League, now we should have a little more time to work in training.

“Things change, people come and go, but Juventus remain and will always remain. Life goes in cycles, it has to be accepted as a challenge. I accepted this challenge knowing it was difficult, because it’s impossible to win more than nine years in a row, surely?

“Now we must have the responsibility of being at Juventus and the ambition to aim as high as possible.”