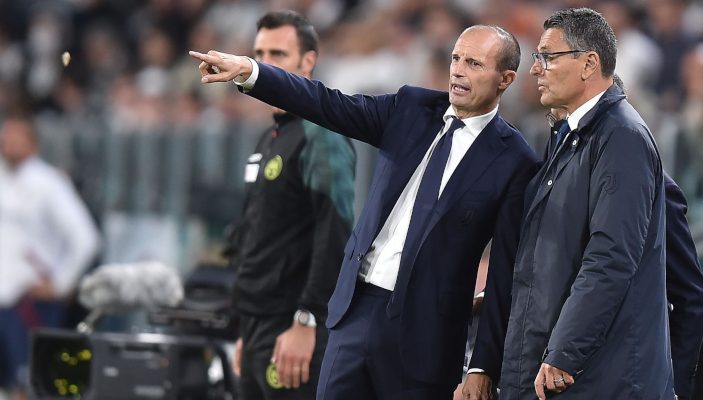 Max Allegri was in no mood to celebrate after Juventus beat Maccabi Haifa 3-1 and was relieved his players felt the same way. ‘It was deathly silent in the locker room.’

The Bianconeri got off the mark in the Champions League, but it was far tougher than the 3-1 scoreline would suggest, as Maccabi Haifa hit the woodwork three times.

“Di Maria was marvellous with his passes, an extraordinary player, his first game in quite a while and he did really well,” Allegri told Sky Sport Italia.

“I was very angry at the end, because you can’t just leave the game in the final 15 minutes and start messing around. You get the chances to score five or six, but if you concede one and then get scared, that is really damaging.

“The lads were intelligent though, because when we got back into the locker room it was deathly silent, no celebrating. That showed me they realised what had happened.

“We tried to be a bit too pretty and then got scared. Let Di Maria do what Di Maria does, let the others focus on what they need to do.”

Rabiot was on the verge of leaving in the summer for Manchester United, but it fell apart because of his salary demands and he was welcomed back into Allegri’s side as a regular.

“He has improved a lot, has matured and at 27 is reaching his peak. He can still improve his forward play and get the passes away quicker.”

The coach had some kind words and some criticism for Vlahovic too after this game.

“Vlahovic did well on a technical level today, I’d say his best performance on that score, but should’ve scored more as he had four chances and only finished one. He needs to improve the way he gets away from his markers.”

Because Paris Saint-Germain drew 1-1 with Benfica, those two remain joint leaders on seven points, followed by Juve on three and Maccabi Haifa zero.

“We must try to win in Israel and then see what happens in Lisbon, but obviously the final match is going to be decisive.”