All the Mourinho and Roma complaints about referees and VAR 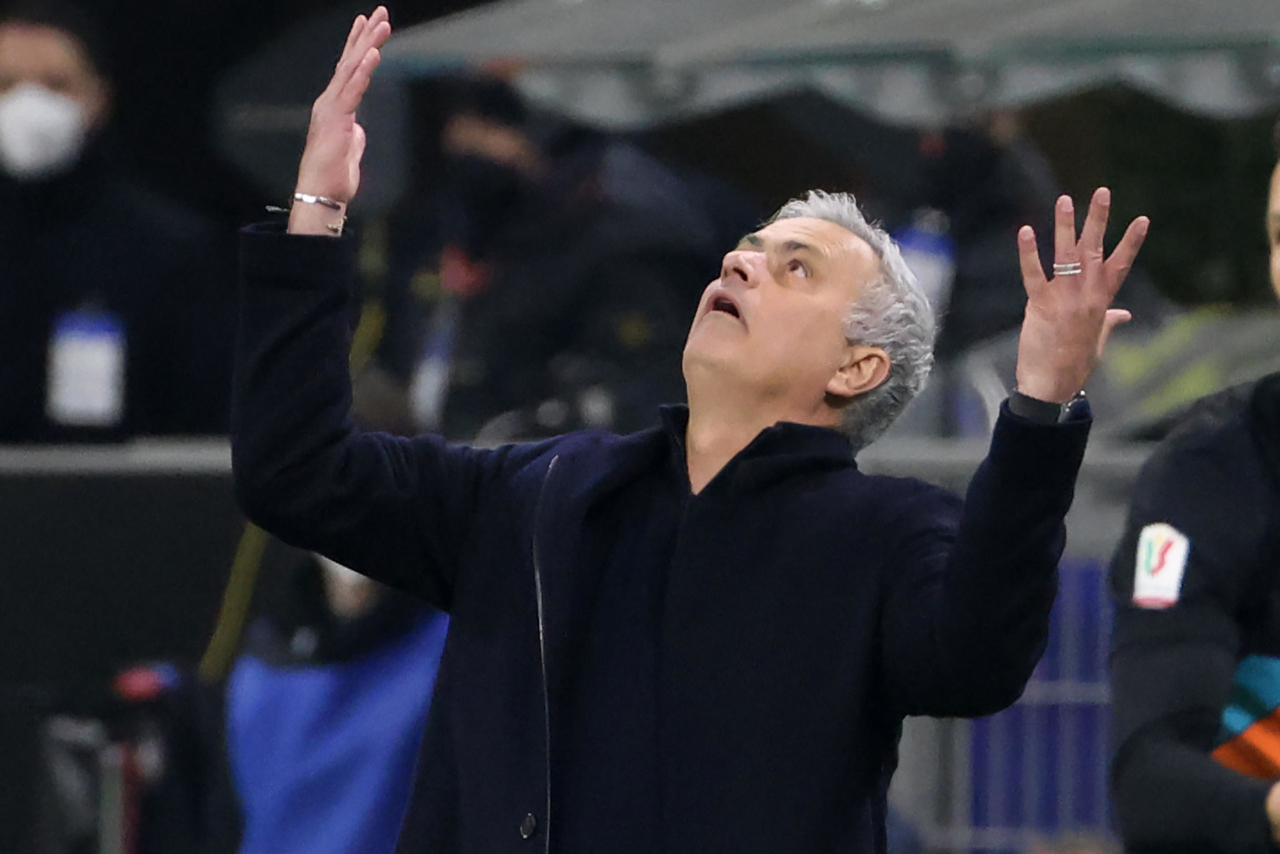 Jose Mourinho ranted against referees and VAR, claiming they have cost Roma ‘many points’ this season, but what are the incidents he was referring to?

The coach let loose after the 2-0 defeat to Fiorentina, openly blaming VAR Luca Banti for calling back the referee for an on-field review when Rick Karsdorp made slight contact with Nico Gonzalez’s shin for a penalty.

“We know that we have the respect of the Roma fans, but we also want respect from the Bantis of this world, who sit in their comfortable chairs and have taken many, many points away from this team.”

The first complaint Roma had was in fact a 1-0 victory over Udinese on September 23, when Lorenzo Pellegrini received a second yellow card for jumping with arm raised, sparking a ban that forced him to miss the derby against Lazio.

During the derby, Pedro scored on the counter-attack from a move where the Giallorossi thought Elseid Hysaj had fouled Nicolò Zaniolo, but VAR did not intervene.

They also wanted Lucas Leiva to receive a second yellow card for a high elbow on Bryan Cristante.

During the 1-0 defeat to Juventus on October 17, the referee stopped play to award a penalty before Tammy Abraham put the ball into the back of the net rather than give the advantage.

Roma went on to miss the penalty, neutralised by Wojciech Szczesny.

It is relatively rare for a referee to keep the same decision after an on-field review, but that is what Fabio Maresca did during the 2-1 defeat to Milan in October 2021.

He assigned the spot-kick for a coming together between Zlatan Ibrahimovic and Roger Ibanez, sticking by his opinion even after VAR called him over for a second look.

During the final minutes of the same match, VAR did not call Maresca when Simon Kjaer seemed to catch Pellegrini on the ankle as they both went for a high ball.

Roma felt VAR should’ve intervened during the 3-2 defeat to Venezia when the Lagunari received a penalty, as Sofian Kiyine might’ve pushed Ibanez in the build-up to Cristante’s foul.

Milan received another penalty against the Giallorossi for Abraham grazing the Theo Hernandez shot with an outstretched arm.

There were another two incidents in the same match, fairly similar challenges from Sandro Tonali on Zaniolo and Gianluca Mancini on Rafael Leao, but only one of those was a penalty.

The issue of identifying handball is always tricky, especially when the ball hits another part of the body first, but Roma felt Matthijs de Ligt’s arm was in an unnatural enough position to warrant VAR intervention in the chaotic 4-3 defeat to Juventus on January 9.

Mourinho accused the authorities of considering Roma to be “small” in their eyes after the 0-0 draw with Genoa, which had Zaniolo at the centre of controversy.

He had a late winner disallowed for a previous foul and then received two yellow cards for dissent.

Things reached a head in the 1-1 draw with Napoli on April 18, claiming he was “ashamed” for the VAR and referee.

“We are not a club challenging for the Scudetto, but we still want the right to at least try to win games.”

Napoli defender Alessandro Zanoli was fortunate to avoid a second yellow card on two different occasions, while Zaniolo had a penalty appeal rejected when the goalkeeper caught him after an initial save.