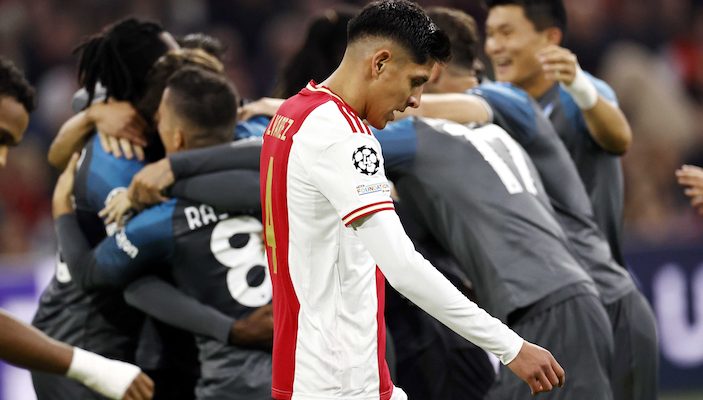 Ajax were clearly heartbroken after their painful 6-1 Champions League loss to Napoli and they reportedly refused the usual shirt swap after the match.

The Partenopei were on top form at the Johan Cruyff Arena last night, flying to a dominant win in Amsterdam as they continued their explosive start to the season. It was a wonderful showing from Luciano Spalletti and his squad, who now have one foot in the Round of 16 with three group games still to go.

As highlighted by CalcioNapoli24, a member of the Napoli staff went to the Ajax dressing room after the match to exchange some shirts, a usual gesture after a Champions League match, but the offer was rejected.

The Ajax kit-man initially accepted the offer, briefly went into the dressing room and then returned still holding the shirts, informing his Partenopei counterpart that the players didn’t accept the gesture.

The refusal is a clear sign of the Dutch side’s dejection after such an embarrassing defeat in front of their home fans and capped off their negative evening in Amsterdam.