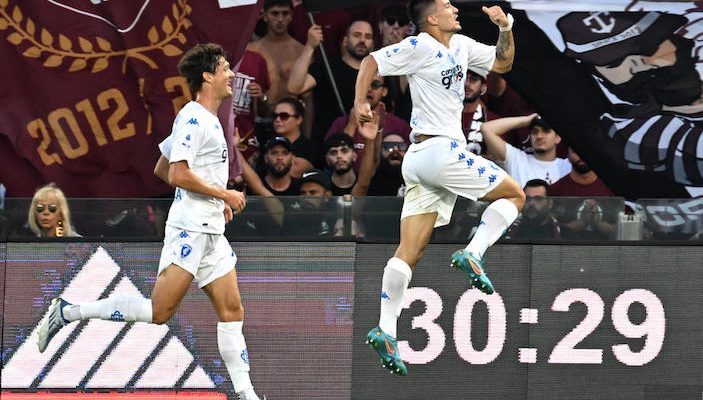 The 21-year-old Uruguayan forward joined the Milanese club from Nacional in January 2020 in a deal worth around €2.4m. After spending time in with the Primavera squad, Satriano spent six months on loan with French outfit Brest before joining Empoli on a season-long loan deal in the summer.

“He’s playing very well at Empoli and deserved his call-up and debut in the Uruguay senior national team. Something absolutely special for him. We spoke and he was obviously overjoyed.”

He touched on if he expected his client to earn a call-up to the Uruguay squad so soon.

“To tell the truth, Martin had been close to being called up for the senior national team for some time. He’s a truly complete player, who guarantees everything to the team he plays for.”

“He dreams of playing for Inter. But first he’ll fight for a call-up to the World Cup. And even before that he will do everything for the good of Empoli.

“Today he is focused on helping the Tuscans, the rest will come as a consequence.”

The 21-year-old Satriano scored four goals in 16 appearances for Brest last season and has already opened his account with Empoli, netting in their 2-2 draw with Salernitana earlier this month.

One Comment on “Agent Maytum: ‘Satriano dreams of playing for Inter’”